Posted at 15:02h in Post Traumatic Growth by kieran_enet
Current Status
Not Enrolled
Price
$195 AUD
Get Started
Take this Course

This workshop provides an overview of the neuroscience of memory systems and PTSD, and the memory reconsolidation techniques that have been shown to facilitate recovery from PTSD.

PTSD and other trauma and stressor-related disorders have sometimes been referred to as “memory disorders,” due to the deficits in traumatic memory consolidation observed in those suffering from PTSD. Failed memory reconsolidation contributes to the development of post-trauma symptoms such as intrusive thoughts, dissociation, flashbacks, hypervigilance, nightmares, and other classic PTSD symptoms. Additionally, traumatic memories may be relived, seemingly occurring in the present. However, memory reconsolidation is possible with several therapeutic tools and interventions available to clinicians! 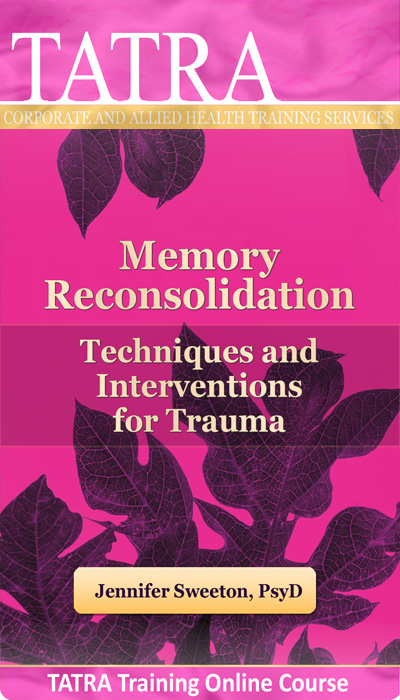 • State the main area of the brain involved in the storage of autobiographical, explicit, declarative memory.
• Name at least two types of “memory errors” that can occur during trauma processing.
• Identify one way in which EMDR differs from EFT and Brain-spotting.
• Describe one mechanism of action of memory reconsolidation tools.
• Learn and practice at least two basic memory reconsolidation techniques. 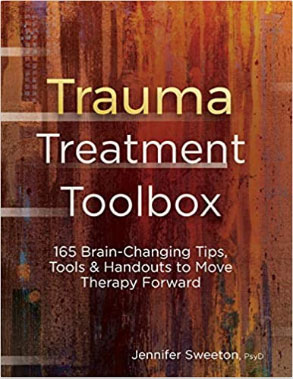 Dr. Jennifer Sweeton is a clinical psychologist, best-selling author, and internationally-recognized expert on anxiety and trauma, and the neuroscience of mental health. She completed her doctoral training at the Stanford University School of Medicine, the Pacific Graduate School of Psychology (now Palo Alto University), and the National Center for PTSD. Additionally, she holds a master’s degree in affective neuroscience from Stanford University, and studied behavioral genetics at Harvard University.

Dr. Sweeton resides in the greater Kansas City area, where she owns a group private practice, Kansas City Mental Health Associates(trade name for Mind Works Consulting and Psychological Services, PLLC). She formerly served as the President of the Oklahoma Psychological Association, and holds adjunct faculty appointments at the University of Kansas School of Medicine and the University of Oklahoma Health Sciences Center. She is the current President of the Greater Kansas City Psychological Association. Dr. Sweeton offers psychological services services to clients in Oklahoma, Kansas, and internationally, and is a sought-after trauma and neuroscience expert who has trained more than 10,000 mental health professionals in her workshops.

This online workshop will give you instant access to 3 hours of video content, accessible via streaming on our website, as well as downloads for supplemental materials. You can view the course content in your own time, there is no time limit on access.

Please click the green ‘Mark Complete’ button on each module as you progress.

A certificate of completion will be generated upon finishing the course and completing a short assessment quiz. If the certificate is not showing, please confirm you have marked all sections as ‘Complete’. Please consult your professional organisation/association to confirm whether you are able to claim any CPD points/hours for this online workshop.