Posted at 10:54h in Non-Suicidal Self-Harm by kieran_enet
Current Status
Not Enrolled
Price
$225 AUD
Get Started
Take this Course

Body-focused repetitive behaviours (BFRBs) are intense urges like biting, picking, and pulling that can cause damage but they can be dismissed as “bad habits.”. As many as 1 in 20 people have a BFRB. While BFRBs share some symptoms with obsessive-compulsive disorder (OCD), they’re not the same. They are also different from self-harming rituals, such as cutting.

Experts are still trying to figure this out, but they know your genes are involved. Other things that might play a role include the personality, the amount of stress in your life, childhood trauma, and even the age the person first started showing signs of a BFRB. Body-Focused Repetitive Behaviours (BFRBs) include a category of behaviours that cause damage to one’s physical appearance by repeatedly touching one’s hair or body. They often go untreated; or “unspoken” as they cause much shame. BFRBs include disorders such as Trichotillomania (hair pulling), Excoriation (skin picking), and Onychophagia (nail biting), among others. The accepted treatments include Habit Reversal Training, CBT and Comprehensive Behavioural Model, which will be explored in this workshop. 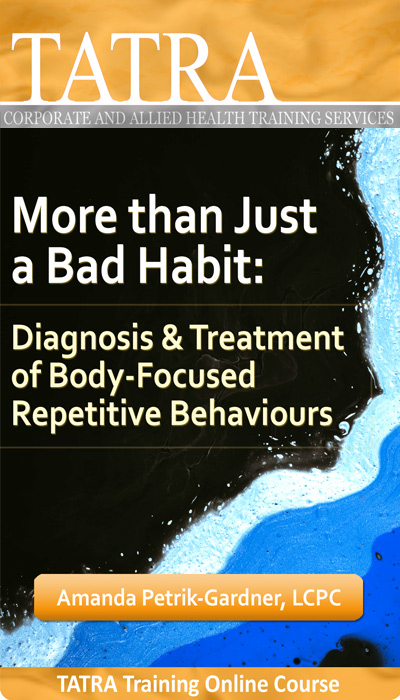 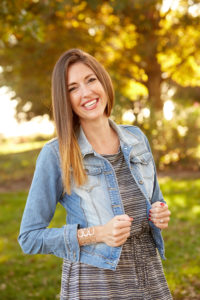 Amanda completed her Bachelor of Arts in Psychology from Kansas State University and her Master of Science in Counselling Psychology from the University of Kansas. Amanda is a member of the International OCD Foundation where she completed the Behavioural Therapy Training Institute. She is a member of the TLC Foundation for BFRBs where she completed the Virtual Professional Training Institute. Amanda is also a board member of OCD Kansas, an affiliate of the International OCD Foundation.

This online workshop will give you instant access to 5.5 hours of video content, accessible via streaming on our website, as well as downloadable PowerPoint slides (PDF). You can view the course content in your own time, there is no time limit on access.

The duration of this workshop is 5.5 learning hours. A certificate of completion will be generated upon finishing the course and completing a short evaluation quiz. Please consult your professional organisation/association to confirm whether you are able to claim any CPD points/hours for this online workshop.