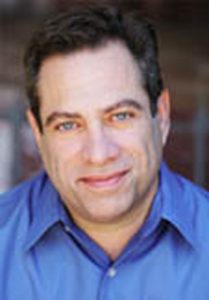 David Kessler is one of the most well-known international experts and lecturers on death and grieving , reaching hundreds of thousands of people through his books, television appearances and lectures to both professional and non-professional audiences. “On Grief and Grieving: Finding the Meaning of Grief through the Five Stages of Loss” is co-authored with the legendary Elisabeth Kübler-Ross. David also co-authored with Kübler-Ross, “Life Lessons: Two Experts on Death and Dying Teach Us About the Mysteries of Life and Living.” In 2014, David teamed up with legendary Louise Hay to co-author his latest book; “You Can Heal Your Heart: a Compassionate Guide for Breakups, Divorce and Other Losses”.

He has worked with Elizabeth Taylor, Jamie Lee Curtis and Marianne Williamson when their loved ones faced life-challenging illnesses, as well as Anthony Perkins and Michael Landon. David’s work has been discussed in the Los Angeles Times, Business Week and Life Magazine, and has been featured on CNN-Cross Fire, NBC, Fox, PBS, Dr Oz and Entertainment Tonight. David is a contributing writer on Oprah.com, Dr. Oz’s Sharecare.com and Anderson Cooper 360. His writings about dealing with loss on Valentine’s Day and Mother’s Day have been widely read.

David has a Master’s degree in Health Care Bioethics from Loyola Marymount University, USA, and he did his undergraduate degree at University of Southern California. He is a member of the American College of Health Care Executives. He is a certified AMA / EPEC (Education for Physicians) trainer. He also is the founding chairperson for the Hospital Association of Southern California Palliative Care Committee and spent the last decade as an executive in a 650 bed, three hospital system in Los Angeles County.