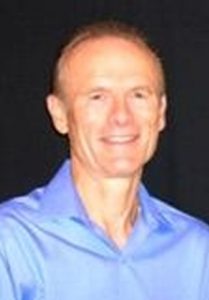 Terry Fralich, LCPC is a former adjunct faculty member of the University of Southern Maine Graduate School and a Co-Founder of the Mindfulness Retreat Centre in Maine, USA. He has led more than 400 seminars throughout the USA and internationally, including mindfulness, the latest developments in neuroscience and meditation, treatment of anxiety and depression and CBT.

His book, Cultivating Lasting Happiness: A Seven-Step Guide to Mindfulness, was cited as one of the 12 essential books on mindfulness in the world. His second book, The Five Core Skills of Mindfulness: A Direct Path to More Confidence, Joy and Love, presents a clear exploration of the transformative power of mindfulness practice in our everyday lives.

Terry has pursued his own meditation and mindfulness practice for almost 40 years. Terry studied extensively with leading Tibetan teachers—including the Dalai Lama—and with some of the Western pioneers of mindfulness work—including Jon Kabat-Zinn, Jack Kornfield and John Welwood. Inspired by their teachings and his own study of meditation, Eastern wisdom traditions, transpersonal psychology and mindfulness, he earned a Master’s degree in clinical counselling and began both his counselling practice and his teaching activities.

Prior to becoming a mindfulness therapist, academic and counsellor, Terry was an attorney who practiced law in New York City, Los Angeles and Portland, Maine.